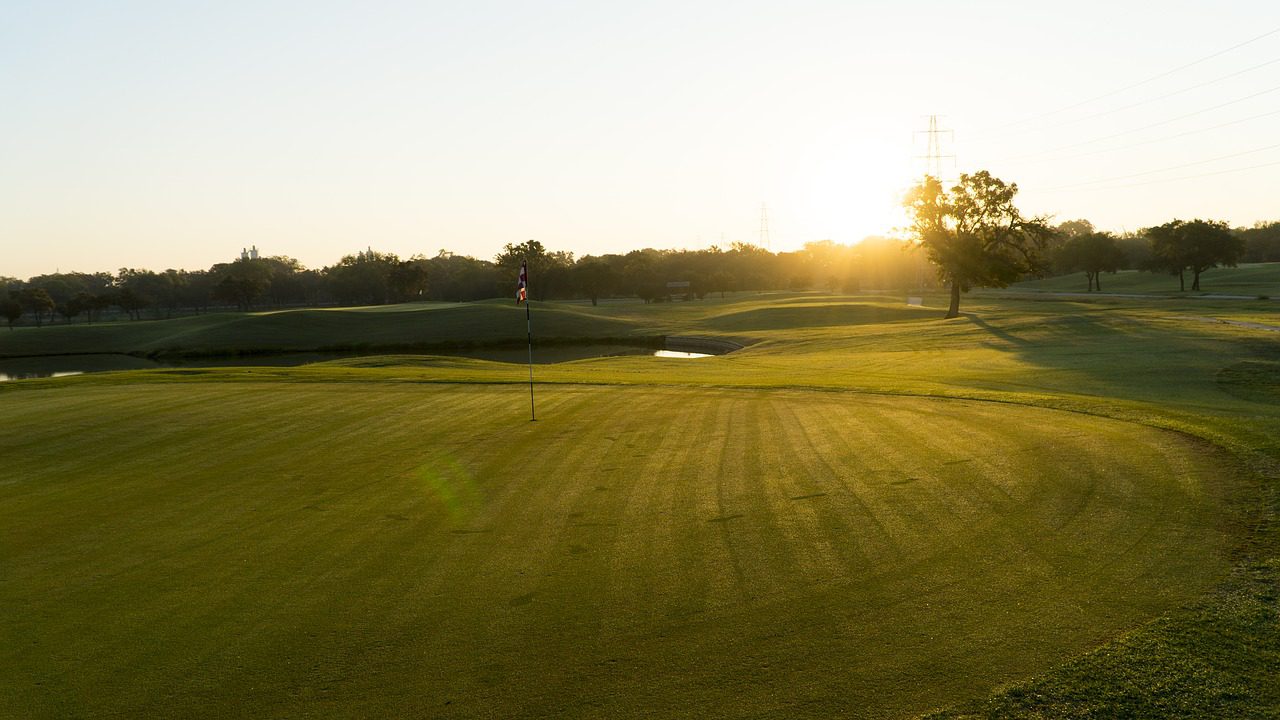 Hard Work and the Great Outdoors

I’ve had many different jobs over the years. Growing up on Long Island’s North Shore, I spent a lot of time on golf courses and landscaping at homes or estates. This part of Long Island is largely known as the “Gold Coast” due to the wealth which benefited a kid like me who was ambitious and lacked resources.

I was a hustler and found as much work as I wanted, especially since I was not afraid of hard work. Being outdoors has always been therapeutic to me. I need to be moving. I also find it peaceful, and it generally lifts my spirits. At the end of a job, I find satisfaction in standing back to admire my work. I see golf professionals and golf course superintendents have the same pride in the work product, which is a shared experience.

What I didn’t realize is that this love for the outdoors and working at various golf Clubs on Long Island, combined with my fascination for computers would influence my future.

Computers Changed Everything for Me (and, hopefully, will do the same thing for golf)

I was first introduced to computers when IBM released the PC Jr. in the 1980s. Being fascinated with computers, I somehow convinced my mom to allow me to buy one. The first computer program I wrote was a golf game. I was hooked!

In college, I worked while taking classes at night and had a side hustle building computer systems for companies. This was around the time that Michael Dell of Dell Computers was doing the same out of his dorm room — I think I had the idea before Michael Dell 🙂

Over the next few decades after college, I designed and built complex computer systems for large enterprises. I was a partner in a digital agency that was acquired in 2012 by a large multinational advertising agency. After spending a few years in the new organization, I became restless and wanted to start something new.

In 2014, I took the leap and left my stable, well-paying job to pursue the goal of applying technology to a neglected industry. I explored many ideas that had been simmering for industries that had been ignored.

I played a fair amount of golf at the time (NOT why I started the business) and had a good friend who was involved at his Club. He had thought a lot about the changes required in golf and helped me see the opportunity. He and I were the company’s first investors.

As I began my research, there were a few key observations confirmed there was an opportunity:

It was clear to me that there was an opportunity here. Larger, well-established companies typically don’t innovate, particularly in golf cart GPS, so I was convinced it had to be a smaller, more nimble company instead. Is there a business here? I wondered…

Why Hasn’t There Been More Innovation in Golf Course Operations?

Information technology has changed many industries over the past several decades, especially industries that struggled economically. When airlines wanted to increase profits, they leaned heavily on technology to lower operating costs.

So, I developed a vision for golf course operations and began to reach out to potential investors. I was personally an investor in other startups so I knew some of the Angel and Venture community here in Boston.

I quickly learned that golf was not looked kindly on by typical investors. The media had portrayed the game negatively, which clouded their viewpoint. I remember one specific conversation while I was on Nantucket on vacation with my wife in August 2014. I was introduced to one of the few Venture investors who had actually invested in golf, so I was optimistic about the conversation. My hopes were quickly dashed as he did everything he could to convince me to NOT start a business in golf.

The golf industry has struggled to attract investment capital which has resulted in a lack of innovation — until now!

At this point in the story, it is key to understand a few things about me.

I am stubborn and resilient.

And, my modest upbringing has taught me to appreciate the value of hard work!

FAIRWAYiQ is Born to Help a Struggling and Neglected Industry

Initially, a small group of investors (including myself — I remain one of the company’s largest investors)committed the capital required to begin the design and build-out of both our hardware sensors and software. And, over the past few years, we have been fortunate to attract a committed group of outside investors who are passionate about our vision.

The first few years were dominated by testing with customers further build-out of the technology.

An idea is just an idea though! Our idea to develop a smarter golf cart GPS, that included the ability to monitor walkers & caddies, was taking shape.

You need a tribe to continue to shape, evolve and improve ideas. We found our tribe amongst a diverse group. We embedded ourselves with customers who were willing to share candid feedback, and help us evolve the vision. And for this, we are grateful. The list is long.

It’s been over 6 years now and we have thousands of users and continue to grow, and improve.

We have accountability to a larger tribe which keeps us going every day!

I truly love what I do and the tribe I am accountable to.

The decision to start FAIRWAYiQ in 2014 was one of the biggest decisions I’ve made in my professional career and I am thrilled that I decided to do it. Lookout! Here we come!!