The Problem of Pace of Play Management Defined 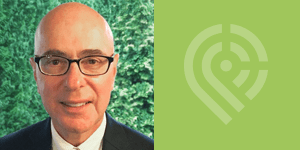 What Problem Are We Trying to Solve?

Why do people play golf? It’s because of many wonderful things including the exercise, the fresh air, the competition, the camaraderie, and the club associations. Have you read Michael Murphy’s Golf in the Kingdom? It’s a must read for those who love the game.

Although everyone is entitled to their own opinion, my guess is the most motivating thing about golf is the joy we get when we play well, the feeling when we hit even just one good shot, be it a strong straight drive, a long iron shot which hits the green, a long putt that drops just as it dies at the hole, or even a short one to save par.

From a psychological standpoint, the game is “perfect partial reinforcement.” A good shot more than compensates for a few poor ones. It has been said that golf and sex remain the two things that men can thoroughly enjoy even while not doing them well.

Golf can be fun, but what isn’t fun is standing around waiting for the group ahead to clear out of the way so you can have the fun of playing. What isn’t fun is taking the better part of a whole day to play.

Ideally, we want to maximize the good aspects of the game and get rid of those things, in this case, a slow pace of play, that kill our enjoyment. The idea behind this book is to help you eliminate the number one drawback of the current game and allow your golfers to fully enjoy the game’s great attributes.

You Can’t Fix the Undefined

The first and most obvious is the “time it takes to play a whole round.” The second problem is the “amount of time golfers spend waiting to hit their shots.” The third is pace’s effect on the “number of rounds a course can fit in (or sell) in a day.” Let’s consider each separately.

The common wisdom is that the time it takes to play an 18 hole round has increased dramatically over the last few decades. There is plenty of anecdotal evidence to that point. One need not look further than the US Open. In the days of Ben Hogan and Sam Snead, a time of 4 hours at the Open was considered too long. Now a round of 5 and a half hours is standard at today’s championship.

At many public and daily fee courses, 5 hour rounds are common. In some cases, the rounds take six hours. I like to play golf for six hours, but I expect to play 36 holes in that time.

Is it the number one problem? How much of a problem is the overall pace to play 18 holes? Is the extra hour (or two) significant?

According to Frank Thomas’ study and his follow-up interviews, that extra hour amounts to something close to a tipping point. That extra hour for a round to increase from 4 to 5 hours can turn a half-day commitment into what seems to be a full day’s. It cannot be said with certainty, but it is not unreasonable to believe that that extra hour can discourage a sizeable number of golfers from playing more golf.

Of course it could just be an excuse. Other reasons could be the real culprits but people don’t want to admit it, such as the game is too hard for them. Another reason could be pressure at the office or home. Even so, time must be at least one factor in making the decision to play or not.

Whether it is a real cause or an excuse, there is no reason not to try to get the pace back in line with an average of 4 hours or less for most courses for a foursome. Many people would say that this – the time to play 18 holes – is the real problem. Getting the typical round back to 4 hours would likely go a long way to bring back interest in the game.

To others, waiting on every shot is more important than overall time to play. This problem – the total time waiting to hit, over the course of an 18 hole round, when it is your turn by having to wait for the group ahead to clear the landing zone – is under-represented at least by the general discussion in the media.

It is quite possible that “waiting on every shot” is far more of a problem for the enjoyment of the game than the overall time to play, and it may be a significant factor driving regular golfers from playing more. Some people might say that the overall time to play is the primary cause of people leaving the game, but clearly, waiting to hit on every shot is, at a minimum, a huge deterrent to the enjoyment of the game.

MIT Professor Richard Larson is probably the world’s leading waiting time analysis expert.  After building the most sophisticated mathematical models of waiting time for everything from waiting for your bags at the airport to waiting for the police to respond to a crime, he came to the conclusion that it is often not how long you wait, but how you wait. Unoccupied (just standing around) wait time is the most annoying. And waiting time for no good reason is particularly aggravating. That pretty much describes waiting for the group ahead to clear or waiting on a par 3 tee until the group (or groups) ahead finish. It might not add up to a lot of time, but it sure ruins the day.

Long times to play a round and high total time waiting on shots often occur at the same time, but not always. My research indicates that it is quite likely that two groups can play in the same amount of overall time, but one can have far more waiting time to hit shots. If the first group is “slow”, they will not wait on shots, but the group behind them will wait on almost every shot. Although both groups will likely play in about the same time, the second will be far more frustrated and complain that the round was a miserable experience. One group could complain to the course manager or club pro that they waited on ever shot, while the “slow” group was delighted with the pace.

Is this a different problem than the first? These are not mutually exclusive, but, yes, they are different.  Actually time to wait may be exacerbated as we speed up play. As groups get faster, they may not get faster at the same rate, thus causing some golfers to wait on some shots, even though the overall pace has improved. (It reminds me of the old army phrase “hurry up and wait.”) Interestingly, the total waiting time for the group ahead to clear is in many cases unrelated to the total time to play 18 holes. Groups can play slowly but be spread far apart, thus not causing any shot delay, while at another time all the groups could be “fast” but are so close together any variation in playing time would result in shot delays.

A subset of this problem is waiting for members of your own group to play. This can really be annoying. Of course if you pick you own fellow competitors, you have no one else to blame but yourself. It reminds me of the old joke of three guys standing on the first tee preparing to play when another player approaches them and asks if he may join them. One of the players on the tee says, recognizing this fellow was a slow player, “Sorry, no. We already have three.”

This problem, the percentage or total amount of time on the course for which you are waiting for the group ahead to clear, is grossly under researched and not understood.

As said above, to daily fee course owners, golf is a business. As much as they love the game, if they don’t earn a profit or cover their costs, their course will soon become a real estate development. Private facility managers want to please as many members as possible when they want to be pleased. Publicly-owned courses want both, more revenue and more satisfied tax-paying golfers.

Does slow play hurt the total rounds which can be played in a day? Logically, you would think it can’t help. That has to be true at least in the long run. If slow play is discouraging people from playing the game, fewer rounds will be played and in turn less revenue will be realized or fewer members will be happy.

But as is true in other parts of this problem, improving one thing might hurt another. Contrary to common thought, efforts to increase total rounds may be a major contributor to overall slow play. My research and that of others such as the late Bill Yates, indicate that if you put too many golfers on the course, you may produce more rounds in the short run, but you will guarantee long rounds and lots of waiting.

Equipment, Staff and Task Intelligence to Dial-in Your Turf Operation
Check it Out
PrevPreviousGolf Cart GPS & Pace of Play – Part 1: Factory Physics
NextHow long does it take to play golf? 10 findings from the data.Next